Sharks have been on Earth way before the dinosaurs. They were bigger and somewhat different yet somewhat the same. Below is a drawing of what the Carcharodon Megalodon might have looked like. 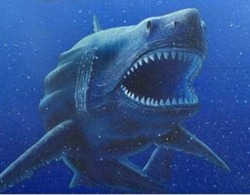 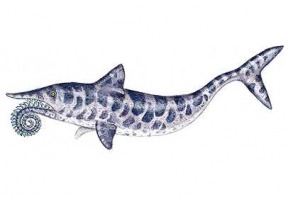 Helicoprion was another Prehistoric Shark. It may have reached lengths of 10 feet, maybe smaller, maybe bigger. Their teeth spiral out of their mouths with the smallest teeth in the center. 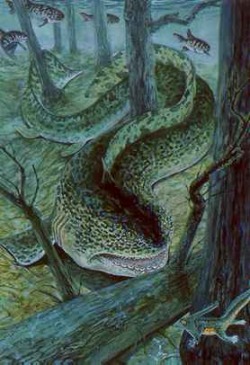 Orthacanthus reached about 10 feet in length and had a mouth full of double fanged teeth. It lived in freshwater swamps and bayous of what is now North America and Europe. It had an eel like body which probably helped it swim through or around obstacles. 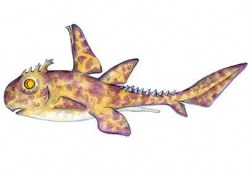 Echinochimaera was no longer than a foot long. Its upper jaw was fused to its braincase which often resulted in the distinctive rabbit like snout. 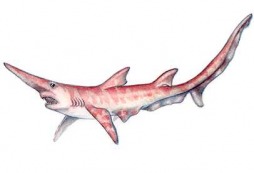